Notes:  This coin exhibits the full date and STONE MOUNTAIN doubling that we like to see as a clear example of the obverse double die.  There is no other doubling on the obverse and no die cracks to confirm the DDO FS-101 status.

Although free from doubling, the reverse shows signs of repolishing around the rim and the fields have many stars missing which would probably indicate polishing.  The stars are weak but there and the star between the F and D appears to be doubled in these photographs but on the coin the star is too weak to confirm the doubling. 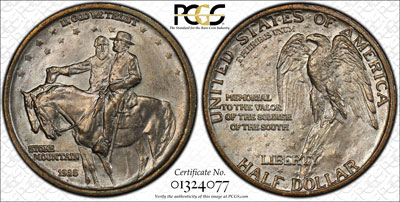 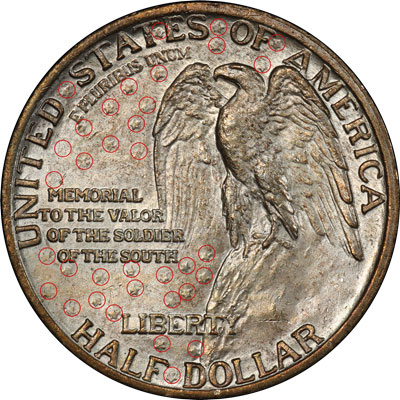 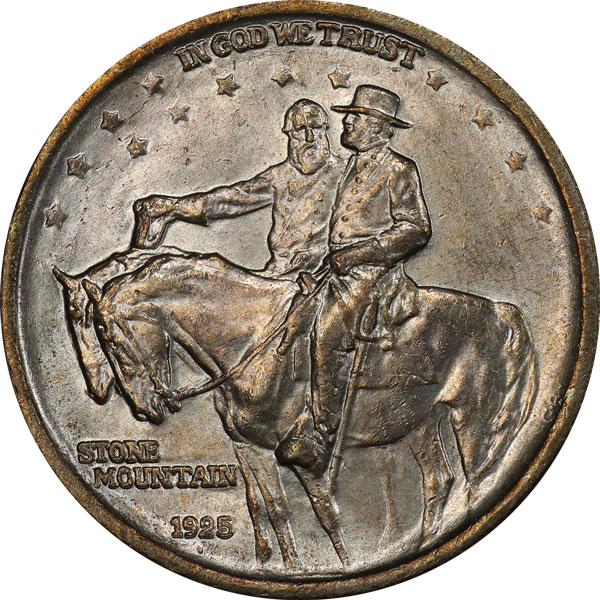 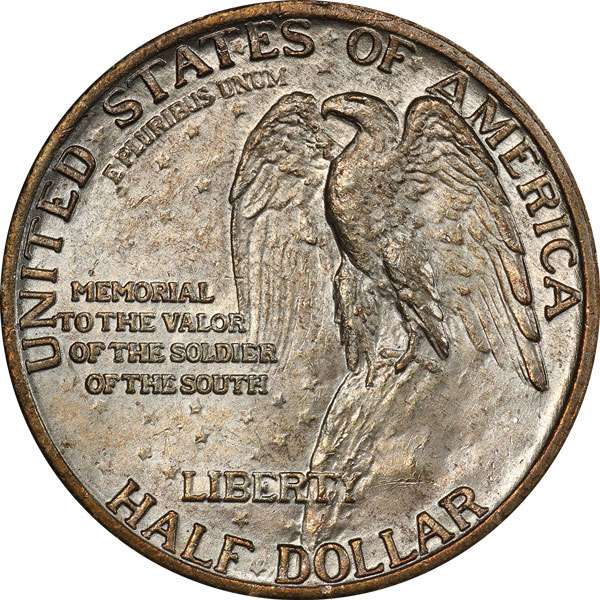 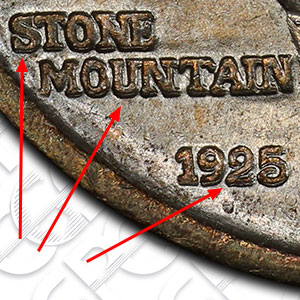 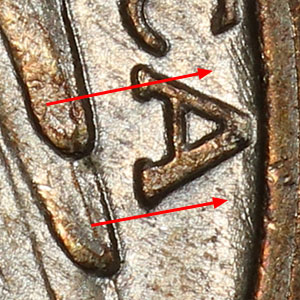