The Stone Mountain Half Dollar has only one variant recognized by all the major third party grading services (PCGS, NGC, AND ANACS), but there are more.  We are discovering many more based on strike, die features, die repairs, and die failures. 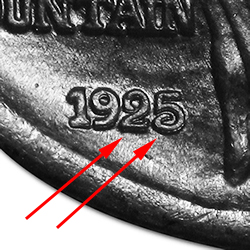 The double die obverse coins are usually recognized by doubling of the date, but can also be seen in the STONE MOUNTAIN legend.  We are discovering that there are several variations on this theme with additional doubling of lettering and even tripled versions.

The obverse doubling can also be combined with die rotation, and the degree of die rotation can be a good signal that you are looking at a potential double die coin.  However die doubling has to be differentiated from strike doubling and this will be one of our challenges.  Strike doubling is a production issue verse die doubling which is a die creation issue. 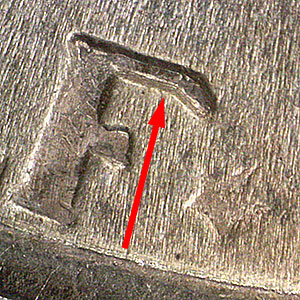 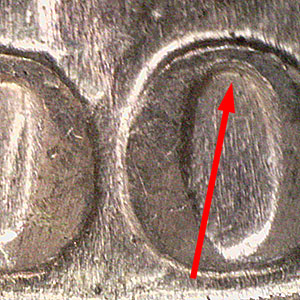 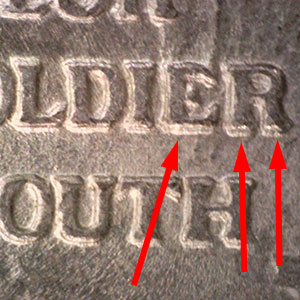 There can also be minor doubling of the legend at the top of the coin.

The double die obverse and reverse is obviously a coin that combines the two features above.

Very little work has been done to identify the individual dies on the Stone Mountain Half Dollar, but we have found a few.

In Martin Luther Beistle's book titled Register of Half Dollar Die Varieties, published in 1929, he notes a die we have not actually seen.  He makes reference to die C2Ba which he notes is the same as a normal die except that it has a die crack running through the word AMERICA.  The numbering system may have been Beistle's own as he was know to invent numbering schemes and to invent terms for his own use.  We know of no one who currently uses his system of die numbering, but the die described is on our search list.  He made no other reference to obverse features, but at least he was attempting to classify the dies for the coin.

We have found some references to Beistle's work and apparently his efforts were not appreciated by all.  But with regard to this issue we see no reason to question the existence of a reverse cracked die as we have seen many cracked in slightly different regions of the die.