The Illustrations below identify the key grading elements for the Stone Mountain Commemorative Half Dollar.  We will use these references in describing grading elements. 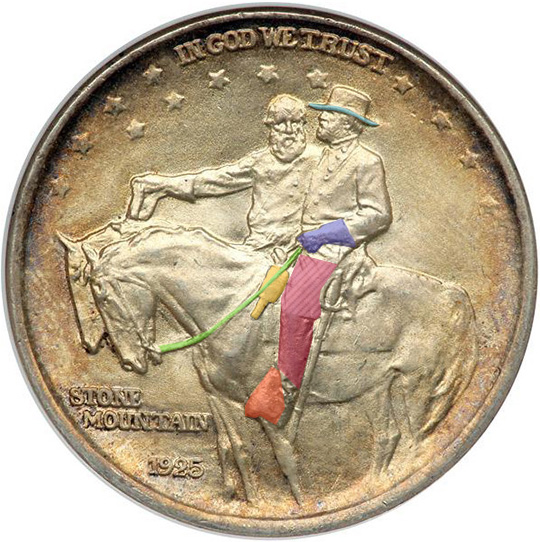 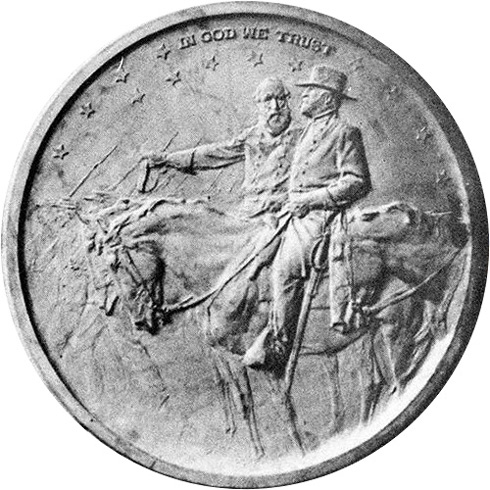 The coin obverse has several design features that are important to understand. 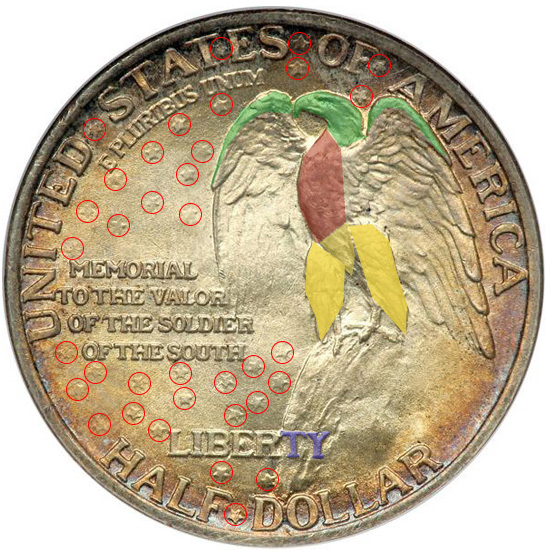 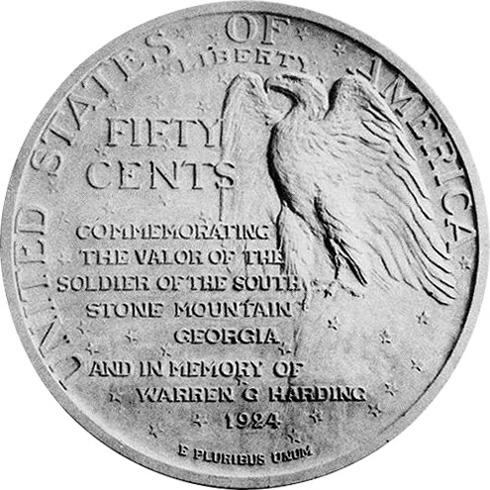 Although artistically pleasing, the coin reverse is poorly designed from a practical standpoint.  With the high point in the design offset to the northeast very uneven wear is often produced on uncirculated coins.  Then there is a practical production note when striking coins.  The design of the die must be such that it facilitates the flow of metal into all areas of the finished coin.  With the Eagle offset it would have taken more metal flowing to the upper right and less toward the lower left.  This peculiarity shows up in some wear patterns when coins begin to go down in grade.