Notes:  This is a clean coin with even a little toning at the lower obverse rim and nearly completely around the reverse rim.  PCGS gave it a designation of DDR but we believe there is also some doubling on the obverse.  However, this doubling does not match the doubling described as the FS-101 and is so minor that it would not rise to the level of a DDO coin..

On the reverse there is doubling on the inside top of F DO as described as the double die.  There is other doubling on various letters but this appears to be a mixture of strike and die doubling.

Where the bridle crosses the holster it is nearly complete and the detail across the rest of the coin is excellent.  There is no sign of wear on either Lee's glove or the Eagle's breast.  Although slightly flattened, most of the folds of Lee's coat are complete. 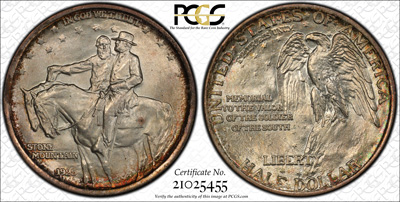 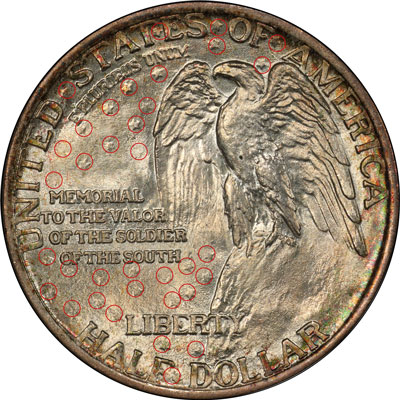 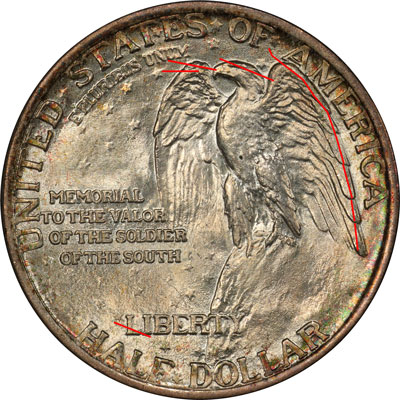 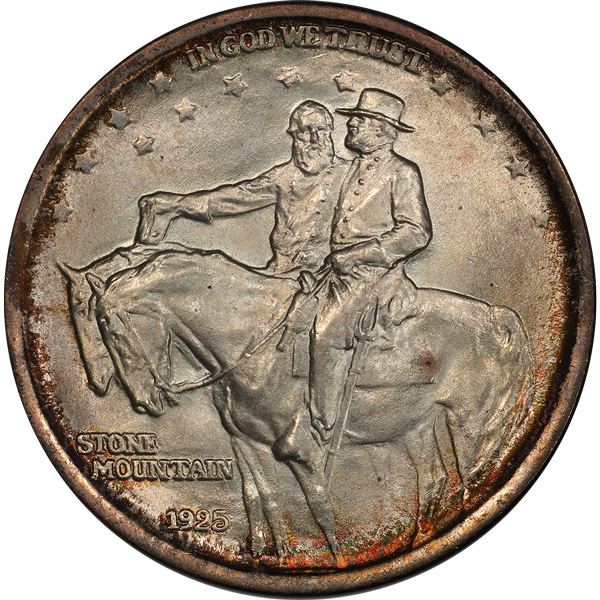 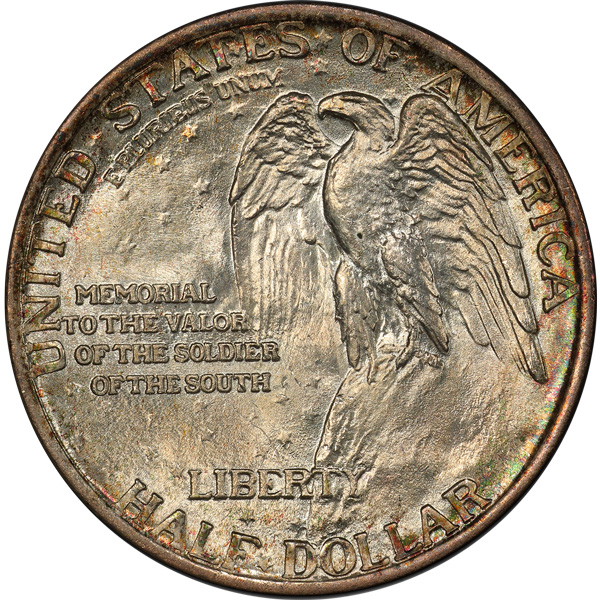 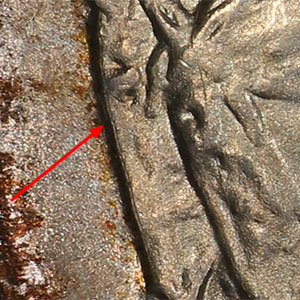 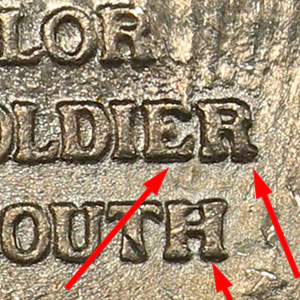 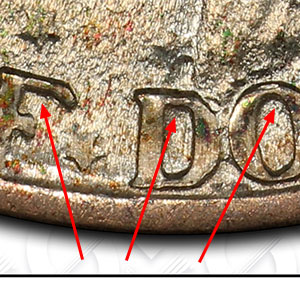 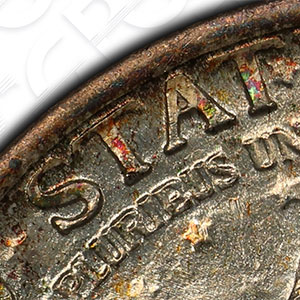 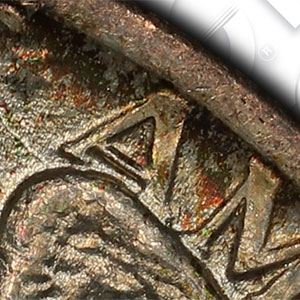 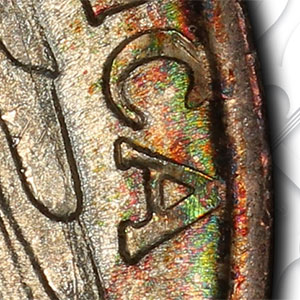 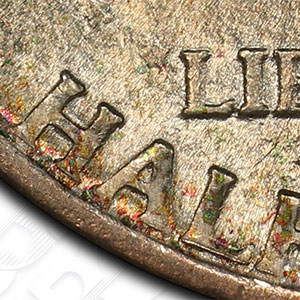 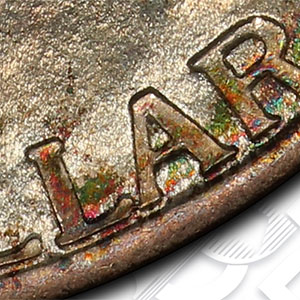