Notes:  This coin apparently predates the numbering for this obverse variety and it received an E9873 designation from PCGS.  In addition to the strong obverse doubling the coin was paired with the reverse that has the F DO doubling on the inside top of the letters.

As is obvious from these pictures, the die is in the state where there has been a collapse at the rims on the reverse and the now familiar flattened lettering can be easily identified.  But the collapse is in the early stages and does not completely circle the coin.

The die cracks are also familiar for these dies and the general weakness in the reverse die along the left wing is present.

There is a slight bit of toning to the coin but these colors are in the early staged of discoloration and not really worthy of much mention. 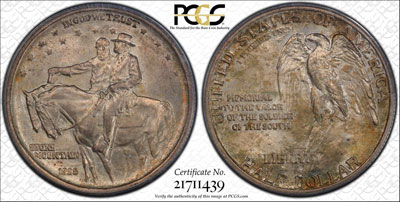 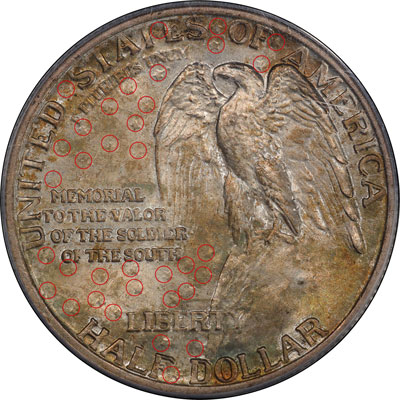 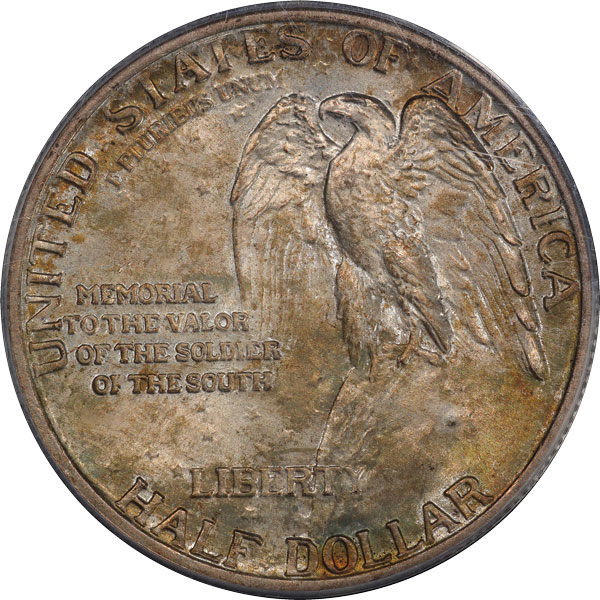 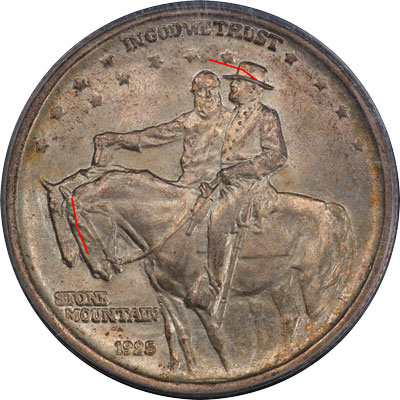 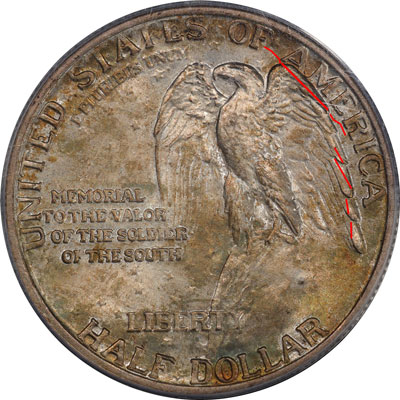 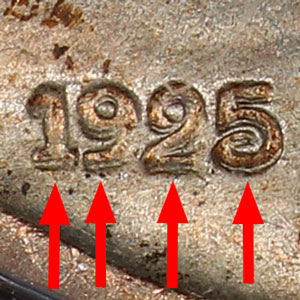 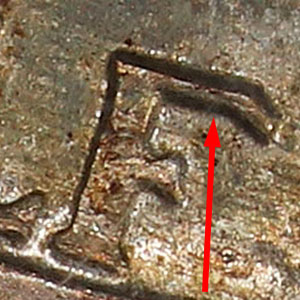 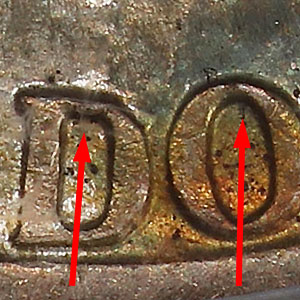