Notes:  This is an unusual coin because PCGS gave it a DDO designation, which it is, but it is not the same die we have seen with other FS-101 coins.  The FS-101 is usually seen with a die crack that runs through Lee's hat and then up through the star above his head.  This die crack runs more parallel to the hat brim.  Also, the die polish line or gouge under Jackson's arm is missing.

The reverse die cracks are normal for this coin along the eagle's left wing.  Unusual for this series is the complete strike of the reverse.  All 33 stars are visible, and this is a rarity.

The horses' heads are doubled toward the rim.  There is some doubling of STONE MOUNTAIN and the date, but not complete doubling.

We also like the small amount of color toward the lower rim on the reverse. 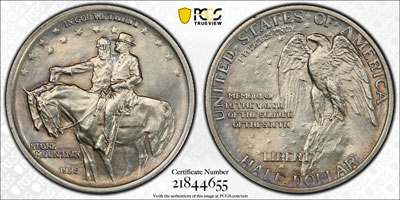 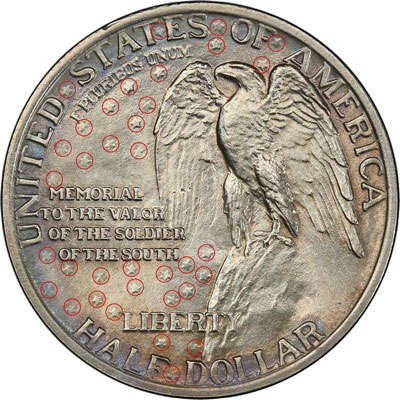 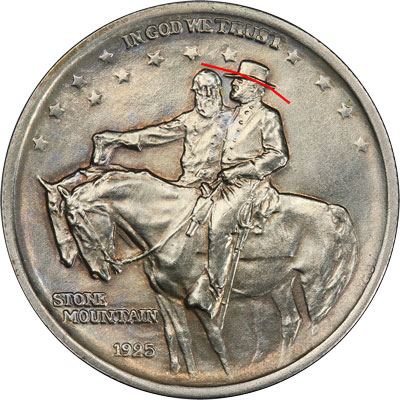 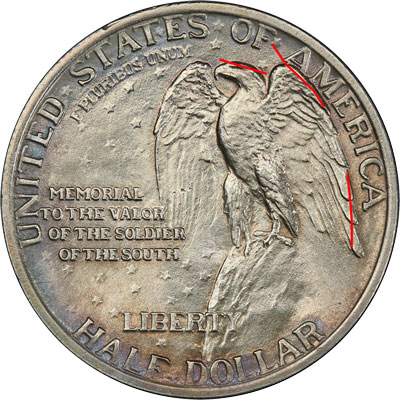 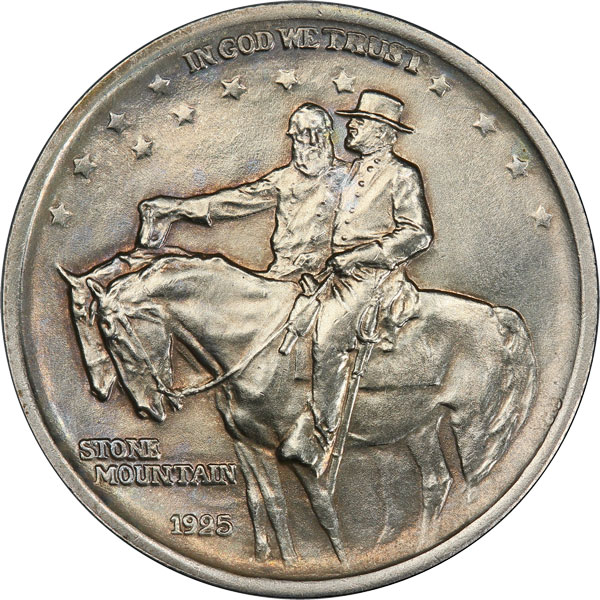 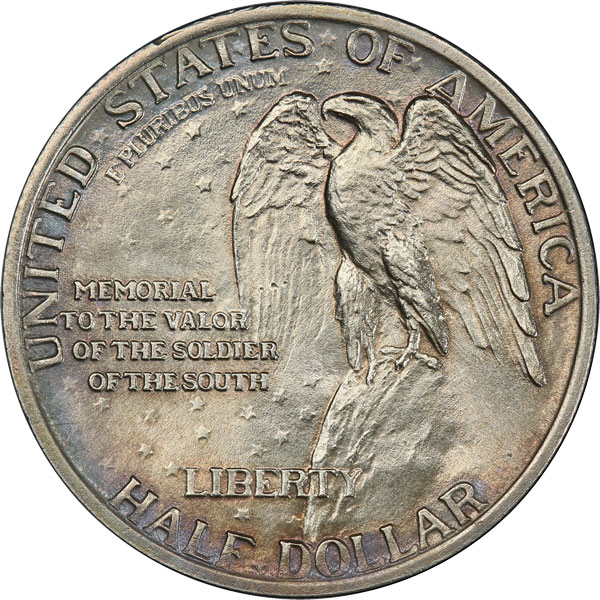 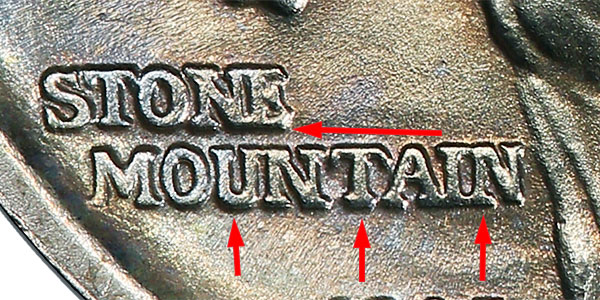 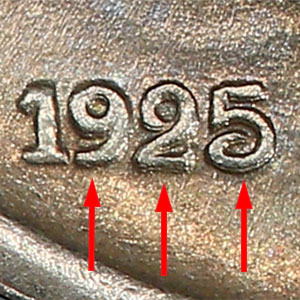 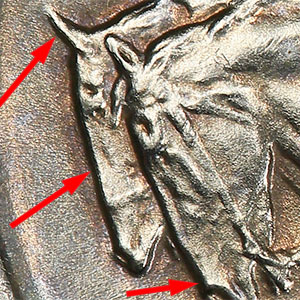