Notes:  Even though this coin is currently classified as a minor variety DDO it has all the markings of the major variety and we will need to send it in for a reevaluation.  It has the requisite date and letter doubling, plus the doubling of the face of Little Sorrel.

This coin proved to be a surprise when photographed because the deep colors do not show well on the coin in the holder.  The coin almost looks bronzed and the golden highlights add a lot to the eye appeal.

There are enough scuff marks and other distractions to keep this coin from grading any higher and we think the MS62 grade is right.

There is just the beginning of an obverse die crack at Jackson's and Lee's heads that is only visible because of the toning.  The reverse die cracks along the eagle's wings are also familiar and may prove to be a design flaw as well as a die failure issue. 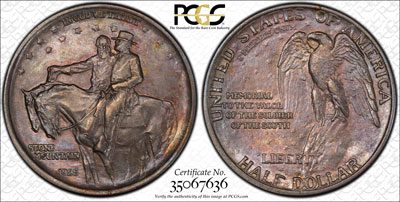 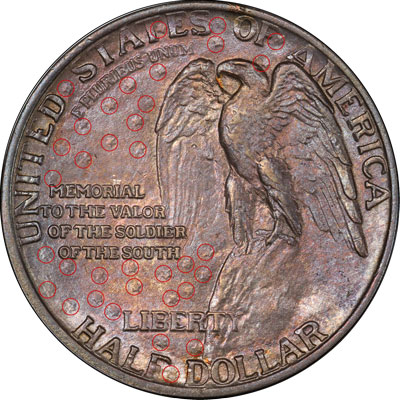 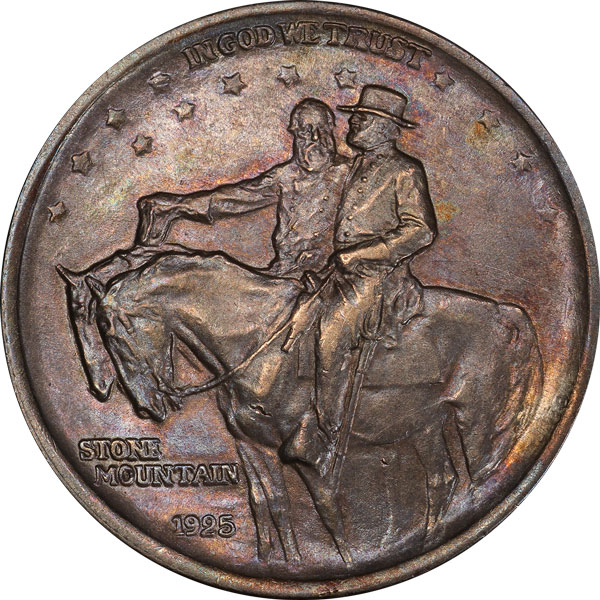 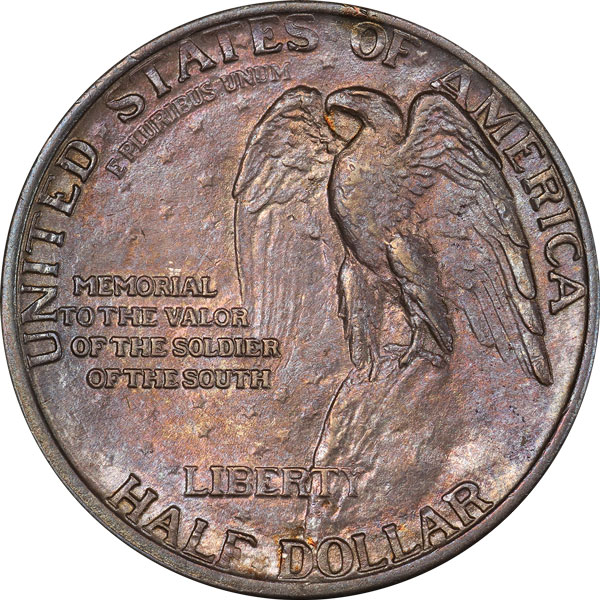 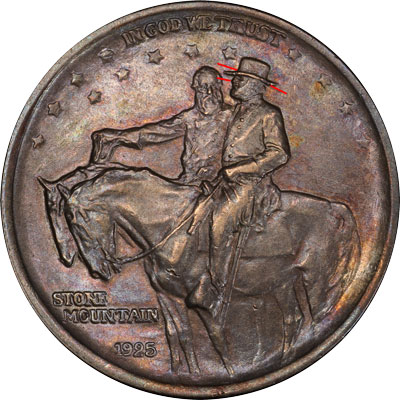 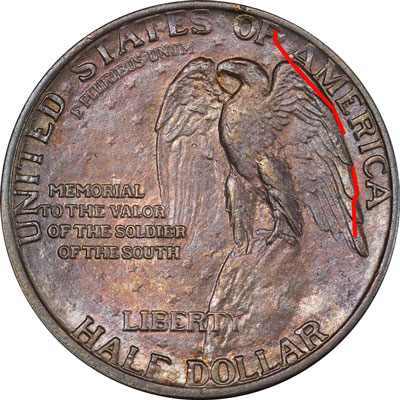 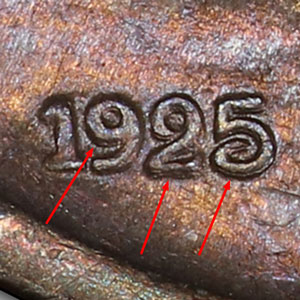 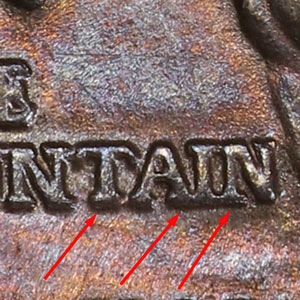 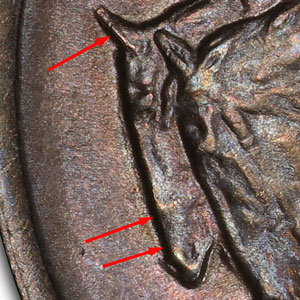