Notes:  The obverse die on this coin is in relatively good shape with the detail on lee's bridle in good shape.  The folds on Lee's coat are also intact and look to be almost full.  Lee's and Jackson's faces show nice detail.

On the reverse there are some obvious and frequently seen die cracks along the eagle's left wing.  The outstanding feature is the doubling/tripling of the letters F DO on the inside upper loop.    The reverse die shows signs of collapse all around the rim lettering. 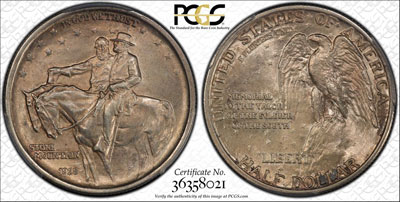 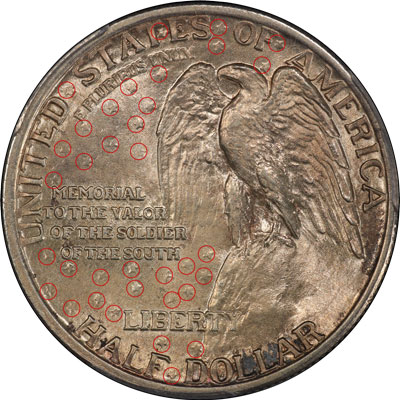 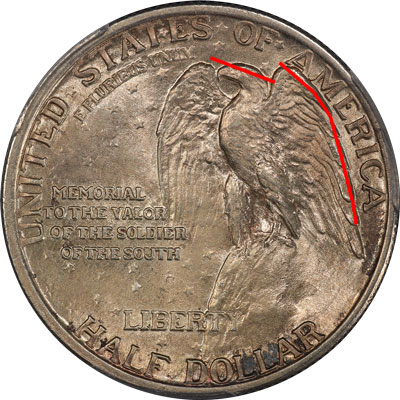 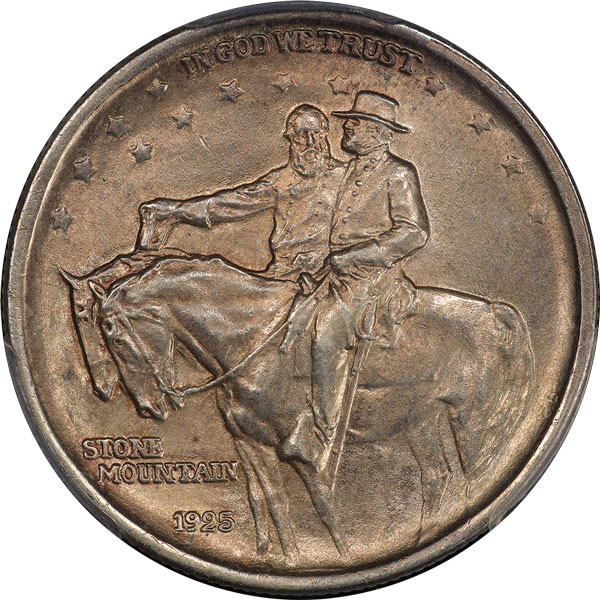 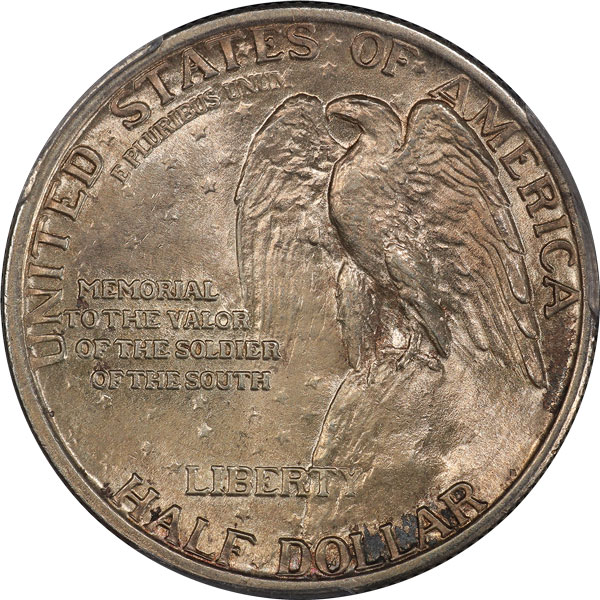 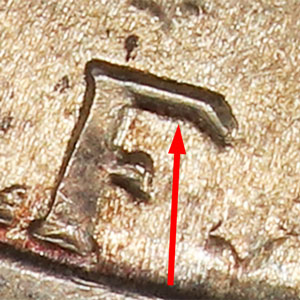 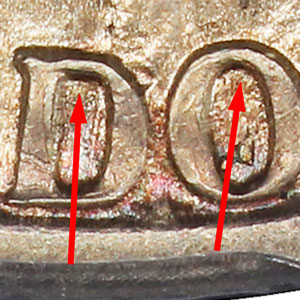